Office demand in North Texas will pick up later this year, fueled in part by out-of-town moves, Transwestern predicts.

After suffering setbacks during the pandemic, North Texas’ office market should begin to make up lost ground later this year as business workers return to the office.

That’s what analysts at the commercial property firm Transwestern see as the Dallas-Fort Worth real estate market recovers from COVID-19.

“Transwestern expects office demand to rebound in the second half of 2021 as vaccines become available to everyone and business revenues continue improving as the economy reopens,” Transwestern research manager Andrew Matheny said. “Touring activity has dramatically increased in recent weeks, but most businesses are understandably hesitant to sign leases until they are confident that the economy is moving in the right direction.

Now Transwestern estimates that 12 million to 15 million square feet of pent-up office leasing will start to hit the market later this year.

As much as half of that could come from companies relocating from out of the area.

“Dallas will likely see above-average job growth as it did after the Great Recession,” Transwestern analysts said in a new study. “If corporate relocations accelerate, Dallas real estate could experience similar growth dynamics as the energy boom of the ’70s and ’80s.

“The region’s exceptional industry diversity and modest levels of office construction will make growth more sustainable, decreasing the probability of experiencing another bust as Dallas did in the late 1980s.”

D-FW office vacancies, which have risen since the start of the pandemic, are expected to peak this year. But don’t expect building vacancies or rents to rebound to pre-COVID levels for several years, Transwestern’s report says.

“Pent-up demand will likely return market vacancy to pre-recession levels in a shorter time than the past two recoveries,” according to the forecast. “Sublease space could be absorbed sooner as floor plans did not densify as much in Dallas, increasing the probability that available stock can fit tenants’ needs.”

More than 9 million square feet of office sublease space is currently on the market in the D-FW area — surplus offices that corporations are paying for but hope to rent out to other firms.

Less than 40% of North Texas office workers are back in their buildings, with most still working from home, surveys have found.

A lasting impact of the pandemic will be a larger share of office employees staying home at least some of the workweek, Transwestern forecasts.

“Many employees plan to spend 10% to 20% of work hours from home while schedules at the office become more flexible,” analysts said. “This will likely shorten rush hour commutes and accommodate more growth on existing infrastructure.”

While most office leasing in the D-FW area was put on hold when the pandemic hit last year, more employers have been stepping up to take large blocks of space in recent months.

Others have opted for short-term office lease extensions until they can evaluate their future space needs.

Transwestern To Kick Off Industrial Park in Northwest Georgia

A Texas company is set to launch a new industrial park northwest of Atlanta that the developer expects to serve a swath of land stretching from the Georgia coast to Nashville, Tennessee, and beyond.

The move by Howard Hughes (NYSE: HHC) will place the company’s expanding commercial leasing portfolio in Howard County under control of the Houston-based brokerage, which has 34 offices across the U.S.

Once a boon, the Bay Area’s tech-centricity quickly became a liability. The tide, however, is turning again.

Soaring demand and constrained supply have caused industrial property values to rise for the past decade. With industrial properties still seen as low risk and continued rent growth, capital continues to pour in. 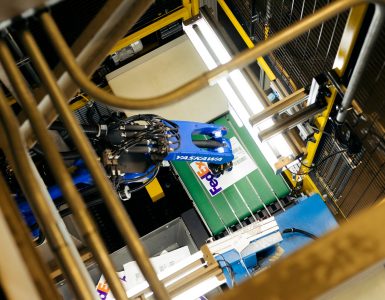 Robots Aren’t Done Reshaping Warehouses The New York Times, July 12, 2022 The pace of automation has accelerated in the pandemic, as big players invest billions in their efforts to streamline how goods are sorted and... 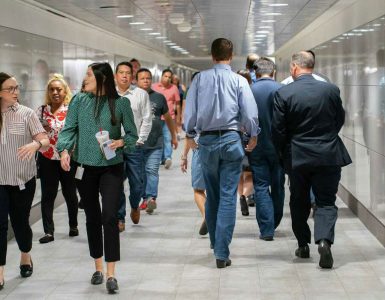 In Downtown Houston, a Rebound is Underway, But Where Are the Full-time Office Workers? Houston Chronicle, May 19, 2022   On weekend nights, Bravery Chef Hall bustles with hipsters sipping cocktails, long... 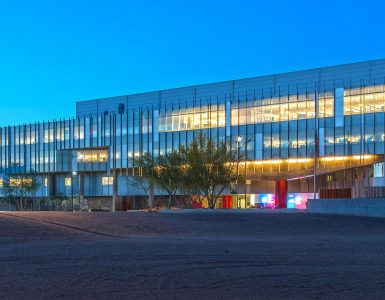 The Challenge You’ve Been Waiting For

Ventures Comes Out of the Gate Strong

Going Above and Beyond for Workplace Well-being

Weighing In on the Future of Warehouses

Please join us in celebrating our rockstar team members on their #anniversaries! We at #Transwestern are so thankful for all that you do and your dedication to your #teams! 🤩

Are there new competitors searching for investment deals? Experts say they are seeing fewer competitors due to fluctuations in the bond markets. At the same time, #Transwestern’s Steve Pumper points to an emergence of international buyers seeking opportunities in the Sunbelt.

#Transwestern’s 15th annual Capital Markets Symposium brought together client panelists to share expertise and thoughts on the future of the #CRE investment market.

To learn more from the experts, click on the video