Earlier this year, many of the largest technology firms announced they would let their employees work from home well into next year or even permanently. This made it seem like the technology sector was fully on board with adapting a remote working model permanently. Yet the fact that many of the tech giants have continued to significantly expand their office space holdings throughout the pandemic tells a more complicated story.

It’s true that many tech companies are holdings off on making new space commitments until 2021 and some are giving back space they have already committed to, says Colin Yasukochi, executive director of the tech insights center with real estate services firm CBRE. For example, Twitter has made the decision to allow employees work from home permanently. Pinterest has terminated a deal for 490,000 sq. ft. of office space near its current San Francisco headquarters. But some of the largest companies in the sector recognize they will likely eventually need more office space due to future growth, even with many employees working from home, he notes.

All major tech companies have adopted flexible work policies, but despite decreased urgency for leasing space in the short term, Google, Facebook, Microsoft and Amazon all continuing to expand their office footprints.

Amazon, which has seen its profits grow dramatically during the pandemic and has been hiring thousands of new workers, has been in the forefront of that movement. In August, the e-commerce giant announced that it plans to invest $1.4 billion in 900,000 sq. ft. of new office space in six U.S. “tech hub” cities, including Dallas, Denver, Detroit, Phoenix, San Diego and New York City. These new properties will house a variety of employees, including cloud infrastructure architects, software engineers, data scientists, product managers and user experience designers.

Meanwhile, in early August, Facebook, which is allowing its employees to work from home until July 2021, signed a 730,000-sq.-ft. lease deal that includes the entire 107-year-old, redeveloped James A. Farley Building in Midtown Manhattan, which is located adjacent to Penn Station. The space will house up to 8,500 new jobs. With this addition, Facebook now has 2.2 million sq. ft. of office space on Manhattan’s West Side. The company leased 1.5 million sq. ft. at Hudson Yards late last year, and already had about 4,000 workers stationed in its Manhattan offices pre-pandemic.

In September, the company followed the new lease in New York City with an acquisition of a 400,000-sq.-ft. office campus in Bellevue, Wash. from sports retailer REI for $367.6 million. REI sold its newly developed headquarters complex when it decided to go totally remote.

Microsoft, whose CEO Satya Nadella has gone on the record about his less than optimistic view on the viability of permanent remote working, in May signed a lease for a two-building, 523,000-sq.-ft. office project in Atlanta’s Atlantic Yards. The development is expected to house 1,500 new jobs, according to GlobeSt.com.

Some smaller technology players, including BAE Systems and Adobe, have also struck deals for more office space in the months since the pandemic began in cities including Austin, Texas and Seattle.

In addition, Google has big plans for mixed-use development. Back in April, the firm paused a deal to buy 10 buildings in Mountain View, Calif., which it had struck prior to the lockdowns. Then in July, the tech giant announced a partnership with development firm Lendlease to develop three mixed-use projects on Google-owned land in Mountain View, San Jose and Sunnyvale, Calif.

The three mixed-use neighborhoods, which will be developed over the next 10 to 15 years, will provide 15 million sq. ft. of retail; hospitality components and 15,000 new housing units.

Google announced earlier this month that the first of these developments, which is pending approvals and might break ground early next year, will be Middlefield Park, reported the Mountain View Voice. This 40-acre redevelopment in the East Whisman area of Mountain View already serves as home to Google’s headquarters and is located adjacent to the Middlefield VTA light rail station. It will provide 1.3 million sq. ft. of new office space, as well as up to 1,850 homes, 30,000 sq. ft. of retail, 20,000 sq. ft. of civic and event space and at least 12 acres of parks and open space.

Anticipated future growth by publicly-traded tech companies is driving all of these deals, according to Yasukochi. “The tech industry is positioned for significant growth post-COVID pandemic and [they] are taking into consideration the fact they will always need some office space,” he says.

Adoption of long-term remote work policies will result in a more distributed workforce going forward, but a physical office will remain a key element in an increasingly hybrid workplace strategy, adds Jack Seymour, an associate in the San Francisco office of real estate services firm Transwestern.

“For the tech giants—Google, Facebook, Amazon, Microsoft and the like—there are a few factors as to why these companies are expanding their office portfolios during the pandemic,” he says. The most obvious of these is that their projected headcount trajectories far exceed any anticipated reduction in the need for office space resulting from an increase in remote workers.

“In short, they expect large portions of their workforce to return to the office environment when it is safe to do so,” Seymore notes, adding that social distancing guidelines will require additional space for the tech firms. The tech office environments have tended to have higher density than most offices, so they will need more additional square footage per employee when creating workspaces designed and configured to function safely in a post-pandemic world.

“There will absolutely be a mix of remote work and back-to-office,” says Robert Sammons, senior director of research in Cushman & Wakefield’s Bay Area office. Tech companies will continue to expand their office space as they grow their workforces, he notes. Some positions will always require face-to-face collaboration. “Collaboration, company culture and onboarding of new employees is lacking in a remote working environment,” Sammons says.

“That could result in more of a ‘hub-and-spoke’ model where some workers have the option of getting into a workspace near where they live and at other times coming back to the mother ship,” he suggests, noting that there are also workers who find it necessary and desirable to be in an office environment most, if not all, of the time.

Sammons also notes that space expansion by growing tech, advertising, media and information (TAMI) occupiers represents an opportunistic approach to securing talent, whether that’s in gateway or secondary markets. “Decisions continue to be made regarding new locations and/or relocations during this time,” he says. Major TAMI companies continue to lease or buy properties in primary tech locations, like New York City and Seattle; others are relocating from major tech markets like the Bay Area to secondary markets with significant tech talent like Denver.

He also suggests that well-capitalized TAMI companies may find this an opportunistic time to move forward on office space expansions at lower price points and greater availability of product than six months ago. According to Yasukochi, however, current concessions and incentives on office space are minimal compared to the last recession.

In the second quarter, office leasing overall was down 44 percent year-over-year nationally, with leasing by technology companies down 46 percent, says Yasukochi. He notes that San Francisco is experiencing a reduction in tech occupancy, in part because smaller tech firms realized the benefits of working remotely and decided they don’t need office space at all.

“One thing is certain,” Yasukochi adds, “Employers providing greater work flexibility will be able to recruit talent from across the country and world, which will provide opportunities for professionals in small markets often overlooked.”

Seymour agrees, noting that choice of workplace location and environment is not only important to attracting local talent, it provides the opportunity for recruiting talent without geographic limitations.

“You would be hard pressed finding a technology company that didn’t have some sort of remote work policy in place before the pandemic—it is absolutely necessary for employers to offer flexible workplace solutions if they want to compete for talent,” he continues. “Without a doubt, a hybrid model centered around choice and flexibility seems to be the most popular, but where a company falls on the flexible work spectrum is largely a result of their industry, core business functions and, of course, culture.”

Cross-Border Investment Dropped Sharply in the First Half of 2020. But Foreign Buyers Will Come Back.
National Real Estate Investor, Sept. 8, 2020
“The U.S. is still viewed well by foreign investors, they are just waiting to kind of feel within their acquisition strategy,” says Steve Pumper, executive managing director at real estate services firm Transwestern…

What Is A Lesser-Known Need, Issue Or Concern When Preparing For A Post-COVID Workplace?
Real Estate NJ, Sept. 18, 2020
Matt McDonough, managing director, Transwestern (Florham Park): The big concern ahead on everyone’s minds is how we are going to use office space in our post-COVID workplace climate…

Here’s What It Takes to Rank No. 1 in the Nation for Industrial Rent Growth
CoStar, Sept. 10, 2020
“The pandemic has accelerated the trends we’ve seen in e-commerce,” said Andrew Matheny, research manager for Transwestern in Dallas-Fort Worth… 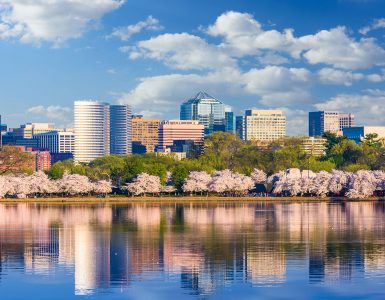 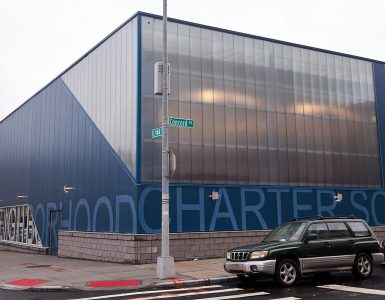